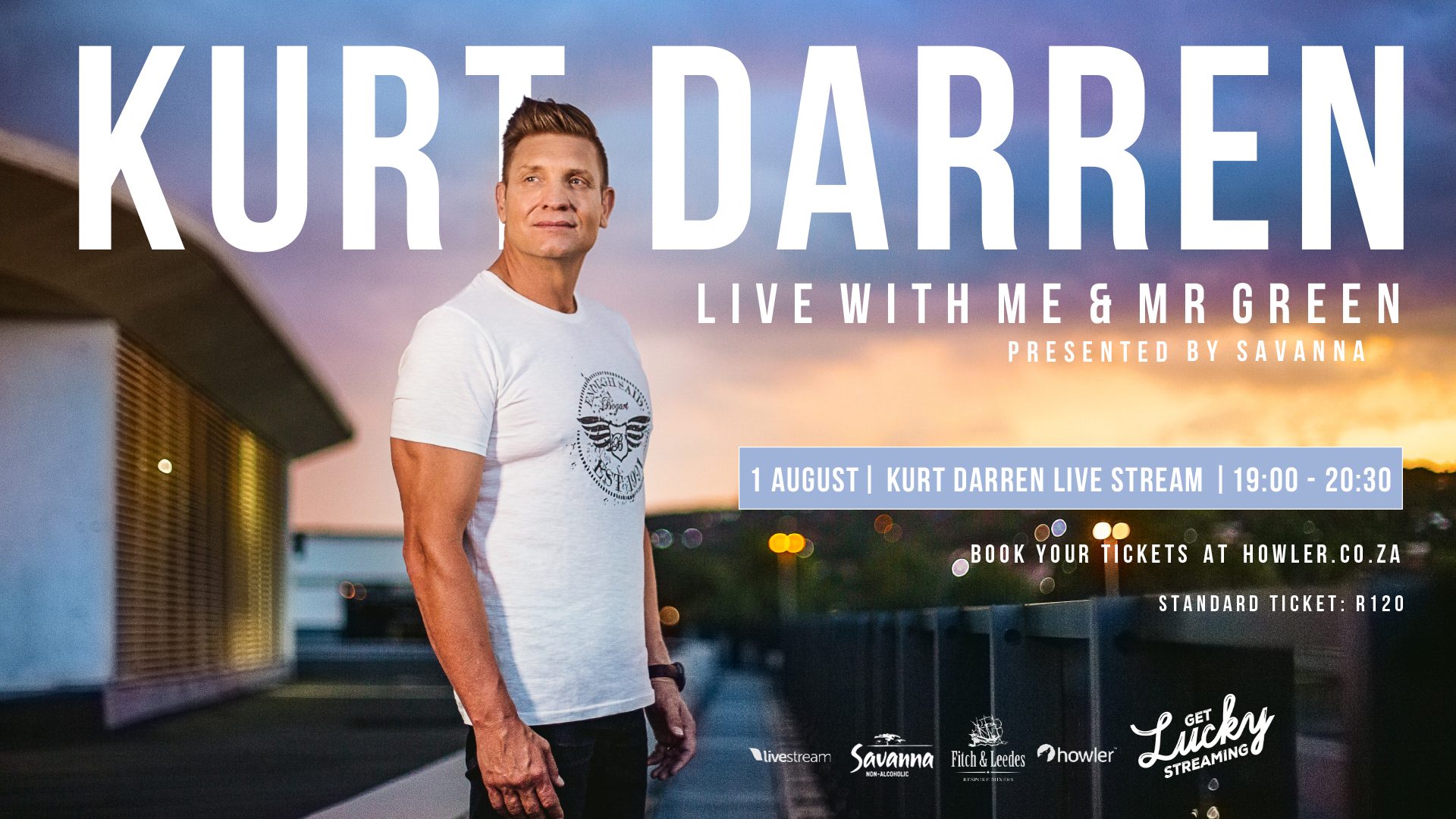 Kurt Darren at Get Lucky Streaming, presented by Savanna

During his live performance you can expect to enjoy music that is meant to uplift your spirit and your feet! Kurt prides himself on writing most of his own songs, and he has a strong belief in making music that encourages people to WANT to dance. Kurt Darren is a top-selling and 8 x SAMA award-winning South African artist. He is most well known for his upbeat Afrikaans dance songs like 'Kaptein', 'Loslappie', 'Kaalvoetsokkie' and 'Dans op die tafels' to mention only a few, but has also surprised many with his 'hat trick' English songs like 'Standing on the edge', 'Sunday,' and his most recent song named,'Oh my soul' which has been extremely popular across radio stations and live audiences alike.